According to the University of Cambridge, exposure to natural light reduces the risk of short-sightedness 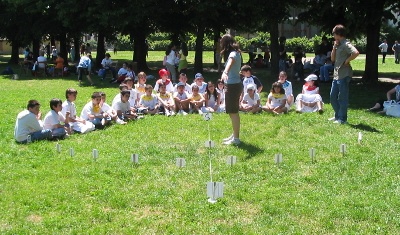 Even the best universities in the world can confirm a mother’s common sense advice. Spending plenty of time outdoors is good for the eyes too: children who grow up in natural light are less likely to become myopic. This is what the University of Cambridge affirms, after analysing the data from eight previous studies (involving 10,400 children and adolescents).

The British researchers concluded, on Ophthalmology, that myopia can, at least in part, be prevented with “adequate” exposure to sunlight: for every extra hour spent outdoor every week, the probability of being affected by short-sightedness is reduced by approximately 2%. Myopic children spend on average around two hours and 45 minutes outdoors every week, which is evidently not considered enough. However, other studies claim that 40 minutes of exposure to natural light every day, whilst doing physical activity, are sufficient (learn more).[[The average age was 6.6 years old. The three-year cumulative incidence rate of myopia was 30.4% in the group which led a healthier lifestyle, compared to 39.5% of the control group. After three years the value remained significantly lower in the aforementioned group.]]

The University of Sydney, Australia, had come to a similar conclusion (learn more). However, further studies are required to understand which factors are more relevant between training the eyes to see from a distance, doing physical exercise and benefiting from exposure to natural light.