IN ITALY THERE IS WIDE DIVERSITY IN THE ACCESS TO SERVICES, TOO MANY ABANDONMENTS AND UNDERFUNDING 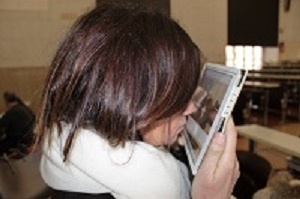 Severe visual limitations affect, on average, 2.1% of the European Union population aged 15 years old and upwards, while from 65 years of age, the figure climbs to 5.6%, rising even further to 8.7% for those aged 75 and over. In Italy over one third of the elderly suffer from at least moderate visual limitations, equating to approximately 4.5 million people. This is stated in the Annual Report of the Italian Ministry of Health, which cites the latest ISTAT publication on “Health Conditions and recourse to health services in Italy and in the European Union.”

Despite this situation, visual in rehabilitation in Italy has taken off only in part. Access to rehabilitation services suffers, in general, from a “strong territorial inhomogeneity” 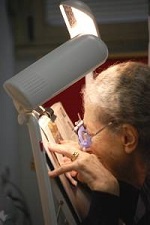 (as usual, the situation is better in the Centre-North of Italy). Approximately 60,000 people underwent a first visit without being rehabilitated (2016 data). The problem is not only the excessively high cancellation rate, but often rehabilitation centres are underfunded. Ideally they should be staffed with various professional figures – such as an ophthalmologist, an orthoptist, a psychologist and an instructor of orientation and mobility -, but too frequently this is not the case.

A multidisciplinary team is available, for example, at The National Centre of Services and Research for the Prevention of Blindness and Rehabilitation of the Visually Impaired (at the A. Gemelli Polyclinic in Rome), which contributed to the Ministerial Report, where it is stated:

On the one hand, while the commitment of the IAPB for the refinancing of the budget chapter that law 284/97 assigns to the Regions for vision rehabilitation, didn’t bring the desired results, on the other hand the insertion of vision rehabilitation in the Essential Levels of Assistance, bodes well that the resulting resources may be greater and addressable to those people who actually perform the rehabilitation of the visually impaired in a given area.