The status of global research and future perspectives of the treatment

WHAT IS GENE THERAPY?

Gene therapy is a procedure that allows the transfer of genetic material (a functional copy of the gene) from a healthy cell to a diseased one, in order to treat a pathology in which one or more genes are absent or defective (mutated). As a consequence, first of all we need to identify the genes or set of genes that are responsible for the genetic disease itself.

HOW DOES GENE THERAPY WORK?

In genetic diseases, gene therapy consists of replacing a defective gene inside the DNA of a cell with a functional gene, by using a viral vector (generally an adenovirus, or flu virus). Such vectors, which have been deactivated (unable to replicate themselves) and emptied of their genetic content in advance, are used as a “Trojan horse” to deliver the healthy gene(s). In this way, the functional copy of the gene(s) integrates into the genome of the diseased person and makes a sufficient quantity of one or more proteins, thus correcting the genetic defect at its source. This procedure is called “transfection”.

WHICH EYE DISEASES CAN BE TREATED WITH GENE THERAPY?

It’s first application in the ophthalmological field has been in the treatment of Leber’s congenital amaurosis, a severe hereditary disorder that is transmitted, in the majority of cases, in an autosomal recessive way: two parents who are both healthy carriers have a 25% chance of transmitting the disease to their children in each pregnancy.

However, the cases of autosomal dominant transmission are rare: in this case, the sole affected parent has a 50% chance to transmit the disease to their children.

Leber’s congenital amaurosis begins with the loss of vision in early childhood, followed by complete blindness at around 20-30 years of age. It could be caused by a mutation of the RPE65 gene, which is one of at least 19 genes that are responsible for the disease. This gene controls the production of an enzyme, which is responsible for the retinoid cycle that captures light. If the enzyme production is not correctly performed, retinal photoreceptors (cones and rods) run out of their stock and undergo a progressive degeneration until they loose their function.

Another experimental success has been achieved for choroideremia (a disease of the choroid, a vascular layer of the eye that feeds the retina through its blood vessels). On 16 January 2014, a large team of researchers published the results of a preliminary study conducted on six people, in the magazine The Lancet, which produced very encouraging results. During the experiments, an improvement of sight was achieved in all the treated patients, who were followed for six months after the injections – performed under the central area of the retina – through which the “diseased” genes had been replaced.

An important letter was published on Nature in 2018 by a team of researchers: 6 out of 14 people affected by choroideremia gained at least one line of vision on the optitype after subretinical injections cointaining the healthy genes.

WHICH TRIALS HAVE BEEN CARRIED OUT?

For Leber’s Congenital Amaurosis, a trial on animals was carried out initially, before a trial on 31 people was conducted between 2012 and 2015. This research – which was published on The Lancet in 2017 – produced positive results (7-9% of the cases) and in December of the same year a medicine (which is administered via subretinal injection) was approved by the FDA.

The healthy gene replaces the diseased gene: the RPE65 gene to be precise. The deactivated flu virus is used as a viral vector to introduce the healthy gene. This way, the production of an enzyme that restores the correct functioning of photoreceptors has been induced.

Moreover, an important study on choroideremia was published by the journal Nature in 2018, as previously mentioned.

HAVE THERE BEEN ANY OTHER TRIALS ON HUMANS?

Yes. In particular, trials have been carried out at Pennsylvania University and at the Children’s Hospital of Philadelphia (US), where half of the patients were no longer deemed legally blind after a single subretinal injection. The scientific results were published on The New England Journal of Medicine in 2008 and the following year on The Lancet.

To treat Leber’s congenital amaurosis, the “healthy” copy of the defective gene (the RPE65 gene, which synthesizes a protein that enters in the retinoid cycle and is essential for the correct functioning of the retina) must be injected under the retina. So far, functional vision tests have shown a partial vision recovery, particularly in younger patients. This result shows that the earlier gene therapy is administered, the greater the chance that a patient’s retina won’t deteriorate completely and will react positively to the treatment.

The retinal degeneration caused by Leber’s congenital amaurosis is related to the mutation of some 20 genes overall. For this reason, their role in the development of the disease should be evaluated. The University of Campania Luigi Vanvitelli (formerly known as the Second University of Naples) and TIGEM (Telethon) are also conducting fruitful research on Leber’s congenital amaurosis: not only children, but also patients aged 27-28 can read letters from a distance of 50 cm and are no longer considered legally blind.

Such improvement can be achieved in half of the cases. However, in 2015 a team of researchers showed that after three years, photoreceptors die with the same frequency both in treated and untreated retinas. Unfortunately a progressive loss of vision was detected in two people almost six years after the treatment, while the same problem had occurred to a third person after four years and a half.

In any case, long term results are not stable, at least according to The New England Journal of Medicine (2015).

At the time of writing, retinitis pigmentosa is considered an incurable disease. In the United States, researchers have carried out some studies on lab rats, by performing subretinal injections of healthy genes transported by nanoparticles. Such genes, once penetrated in the DNA of the retinal cells, replace the defective genes that cause retinitis. In this way, degeneration of essential photoreceptors for the central vision was slowed down in at least one specimen. This experimental research could have interesting developments for humans. The problem is that there are several forms of the disease and, overall, some 70 genes at least are involved, which cannot be fully corrected at present (only the RPE65 gene can be replaced, which could be decisive in only 1-2% of retinitis pigmentosa cases). [Scientific references: [The Lancet, Clinical Trials, Ophthalmology]] 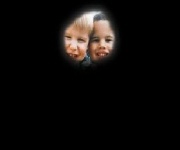 In principle, it could be possible but the therapy is only experimental and it is interesting mainly for the dry form of AMD (presently incurable). Researchers at Tufts University School of Medicine (USA) carried out a study that uses an enzyme, which allows the replacement of the diseased genes with healthy copies by cutting up the DNA. The enzyme in question is the PEG-POD. Once the healthy gene has been introduced, the enzyme acts like “molecular scissors” to cut the DNA up in the right places. The aim is to repair the genetic code of patients with age-related macular degeneration (AMD).

In February, 2019 an 80-year-old English woman with the atrophic form of the eye disease (dry AMD) reported being treated with gene therapy at the Oxford Eye Hospital: she is the first one of the 10 patients who are participating in an experimentation organized by the famous British university of Oxford that aims to block or at least slow down the evolution of the retinal degenerative disease (learn more).

However, further studies will be certainly needed and, at present, no therapy is available on a clinical level, but only experimental treatments are underway.

WHAT IS THE UTILITY OF GENE THERAPY? 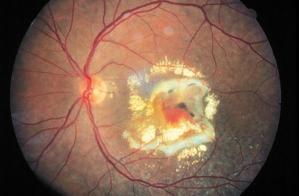 The results of the first scientific experiments obtained by applying gene therapy lay the foundations for its application not only to retinal diseases existing from birth, but also to other more common retinal degenerations, such as age-related macular degeneration. In fact, the knowledge of the mechanisms at the origins of genetic diseases is fundamental to pave the way for new therapeutic strategies. In the case of ocular genetic diseases, in which a small number of genes are involved, gene therapy has produced extraordinary and encouraging results, even though further research is required for large-scale clinical application.

IS IT CURRENTLY POSSIBLE TO RECEIVE GENE THERAPY IN HOSPITAL?

At present, it is not a common occurrence. In recent years, researchers have been trying to overcome or contain the limits of gene therapy, namely the safety of the procedure, which is particularly delicate due to the use of viral vectors, the efficiency of the transfer and the possible immune reaction that can cause the elimination of the genetically modified cells, thus cancelling the effects of the gene therapy itself. Researchers are also trying to optimize gene transferring procedures and develop new therapeutic protocols for the treatment of several hereditary diseases. Surely, this is a “frontier” approach that appears to be very promising.