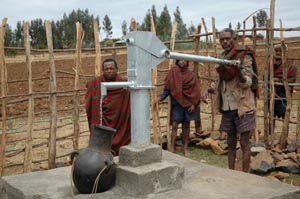 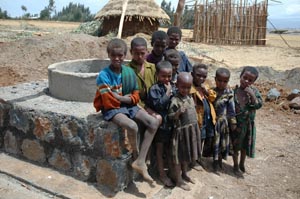 113 wells made with the contribution of IAPB Italy

The sight of Africa’s poverty can be painful. It is the continent where the tragedy of disease, starting from those affecting sight, is present more than anywhere else. This is why the International Agency for the Prevention of Blindness (IAPB Italy) actively supports a project to bring clean water to Ethiopia, particularly in the Amhara region, in order to combat trachoma (which causes preventable blindness).

A total of 113 manual water wells have been built, allowing the local population to draw clean water, providing them with hope and helping prevent severe disease. A delegation from IAPB Italy was in Ethiopia from 22nd to 28th April 2008, to evaluate the current health and humanitarian situation, , accompanied by journalists(the mission was arranged in cooperation with CBM Italia onlus).

The ultimate objective is to eliminate blindness caused by trachoma by 2020, one of the goals of the WHO. To stop trachoma, an eye infection caused by a bacterium (Chlamydia Tracomatis), hygienic measures are imperative, starting with the use of clean water. Thanks to the project supported by IAPB Italy, it was possible to improve the overall state of health of the rural population in the area of Ethiopia where the intervention took place.

During 2006 we worked towards various objectives, including:
1) increasing the level of safe water supplies in the 19 districts of the Amhara region by about 10%;
2) improving the level of facial hygiene in children (from one to nine years old) within the districts by about 25%;
3) Reducing the prevalence of trachoma and other waterborne diseases by 25% among children.

Specific objectives:
1) construction of 120 water supply points;
2) training of 240 “water custodians”, who will monitor and maintain the water supply points, and ensure the correct use of resources;
3) creation of 120 committees to monitor water supply and health condtions. In this way the sustainability of the project is assured, thanks to the participation of entire communities in the prevention of possible abuses;
4) supply of drinking water for the improvement of personal and environmental hygiene to more than 60,000 people in the selected area, through the construction of 83 wells with hand pumps;
5) reduction of the time taken by women to reach a water source.

The water sources previously available consisted of wells generally dug by hand or sources that were often contaminated. The water distribution network is able to cover an area equal to 31% of the entire Amhara area (rural area 23%, urban area 96%). Furthermore, the rural population has limited access to the more efficient water supply services. The situation is even worse when it comes to health services, which cover only 6% of the region (rural area 3%, urban area 37%) and the number of actual toilets built in the countryside is very low. The majority of the population ignore the basic rules of personal hygiene and environmental remediation.

The project strongly supported and financed by IAPB Italy as well as by CBM Italy, has been entrusted to a local Ngo, with a great deal of experience in the supply of water, ORDA (Organization for rehabilitation and development in Amhara). The Lions Club has also contributed.

Amhara is one of the 11 autonomous regions of Ethiopia and it is located in the north of the country. The population was estimated to be 18 million people in 1997, of which 11% live in urban areas and the remaining 89% in rural areas. This part of the territory, divided into 11 administrative areas and 115 districts, is densely populated and is mainly composed of the Amhara ethnic group.

About 60% of the rural population live in mountainous areas, affected by an inadequate road connections to the regional capital. The majority of the infrastructure is located in the lower part of the mountains. The topographical features make the traditional supply of water to the local communities even more difficult.

Data on blindness and visual impairment in Ethiopia are as follows: out of about 77 million inhabitants, blind people make up approximately 1.6% (1,200,000) of the population, while visually impaired people total 3.7% (2,800,000); finally there are about 9 million children suffering from trachoma, equal to 40% of the age group up to 9 years old. 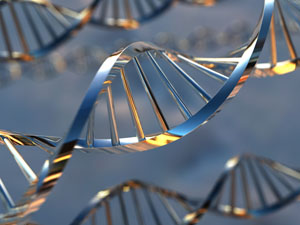 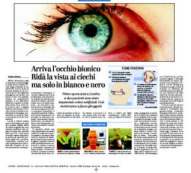 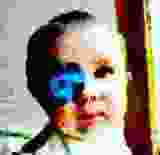